SAVANNAH, GA (June 2, 2021) — Telfair Museums recently appointed longtime Savannah-area and Georgia philanthropist Swann Seiler as the new chairman of its Board of Trustees.

Seiler, new chair-elect Josh Keller, and three new trustees were formally announced during a ceremony at the museum’s Telfair Academy on May 20.

“After many proud years serving on the museum’s board,” Seiler said, “I am honored to accept my peers’ invitation to help lead Telfair into its next chapter as we continue to focus on bringing important artists, compelling historical lessons, and life-changing outreach to those who need it most in our community.”

A 1978 graduate of the Henry W. Grady School of Journalism at the University of Georgia in Athens, Seiler is manager of external affairs for Georgia Power’s Southeast Region in Savannah. She holds numerous leadership positions, past and present, including with the Historic District’s Board of Review; Senior Citizens Inc.; Junior League of Savannah; Girl Scout Council of Savannah; United Way of the Coastal Empire; Savannah Sports Council; Georgia Historical Society; Georgia Humanities Council; Georgia Women of Achievement; Colonial Dames of America; Chatham County Public School Foundation; UGA’s Grady Board of Trust; UGA Library Board of Visitors; UGA National Alumni Association; UGA Athletic Association; and the UGA Foundation. Her family has raised and cared for UGA’s famed white English Bulldog mascots for more than 65 years.

Seiler succeeds immediate past chairman Dale Critz Jr., president and CEO of Critz Auto Group, who led the museum’s board since 2019 and successfully guided Telfair through a temporary pandemic closure in 2020, among many achievements. Alongside Robert “Bob” Faircloth, who served as Telfair’s interim director for much of 2020, Critz was instrumental in shepherding the museum through a leadership transition that led to the appointment of Ben Simons as executive director/CEO in January 2021.

“I want to thank my family, my fellow board members, the museum staff, and especially Bob Faircloth for their service over the past two exciting, challenging years,” Critz said. “Telfair is in strong fiscal shape and good hands as we pass the baton to Swann and Josh and welcome our new trustees to the team.”

Keller, who grew up in Louisville, Ken., and southern Indiana, has lived in Savannah since 2002, when he became a regional director for Cellular Sales, Verizon Wireless’ largest national independent retailer. He attended the University of Louisville Speed School of Engineering for three years before transferring to Indiana University School of Business, where he received his bachelor’s degree in marketing. He holds board positions, past and present, with the Savannah Music Festival; Synovus Banks Advisory Committee; the Savannah Downtown Neighborhood Association; Savannah Children’s Choir; the Historical Savannah Foundation; and St. Andrew’s School.

“I am deeply grateful to Dale for his inspired leadership as chairman during a very challenging time, and to Bob Faircloth for his outstanding service as interim director,” Simons said. “I am thrilled to welcome Swann aboard as the museum’s new board chair as we emerge from the challenges of 2020 and look to a bright future for Telfair and Savannah. We are so pleased that Josh has accepted the opportunity to become chair-elect. I also want to welcome our very talented and experienced group of new trustees, who will help us fulfill our mission and plan for the museum’s exciting future.”

In addition to Seiler and Keller, Telfair welcomed three new trustees to its board on May 20.

Ronald “Ron” J. Gantt is a 1972 graduate of Howard University in Washington, D.C. After a 20-year corporate career with the McDonald’s Corporation, he and his wife, Bernice, launched their own franchisee organization, which grew to include 10 restaurants and more than 600 employees. They sold their restaurants and retired in 2020. Gantt has held leadership and membership positions with 100 Black Men of Savannah, the National Black McDonald’s Operators Association, the Washington, D.C., and Virginia Black Operators Association, and U.S. Rep. Anthony Brown’s Business Advisory Council.

Richard C. Kessler has been chairman and CEO of the Kessler Enterprise Inc. since 1984, which includes the Kessler Collection of themed hotels and resorts, the Silverwood Plantation residential community, the Georgia North Industrial Park, and the Plant Riverside District on the Savannah waterfront. Kessler chairs the Committee for the Richard C. Kessler Reformation Collection, an assembly of more than 3,600 pieces of rare works, all dating pre-1570, in Pitts Theology Library on the campus of Atlanta’s Emory University. It is one of the largest theological libraries in the United States with nearly 130,000 items in the rare book and archive collection alone, and holds the largest collection in the U.S. of 1,000 pieces of original writings of Martin Luther.

Pamela Lewanda retired from IBM after a 25-year career as vice president of communications. Before moving to Savannah four and a half years ago, she served on the boards of the Bruce Museum of Greenwich, Conn., the Avon Theatre Film Center, the Stamford Center for the Arts, and the YWCA of Greenwich. Since moving to Savannah, she has served on Telfair’s Collections’ Committee, the 2019 Telfair Ball committee, the Savannah Philharmonic’s Marketing and Public Relations Committee, and is programming chair for the Philanthropic Educational Organization.

Board of Trustees Executive Committee 2021-2023 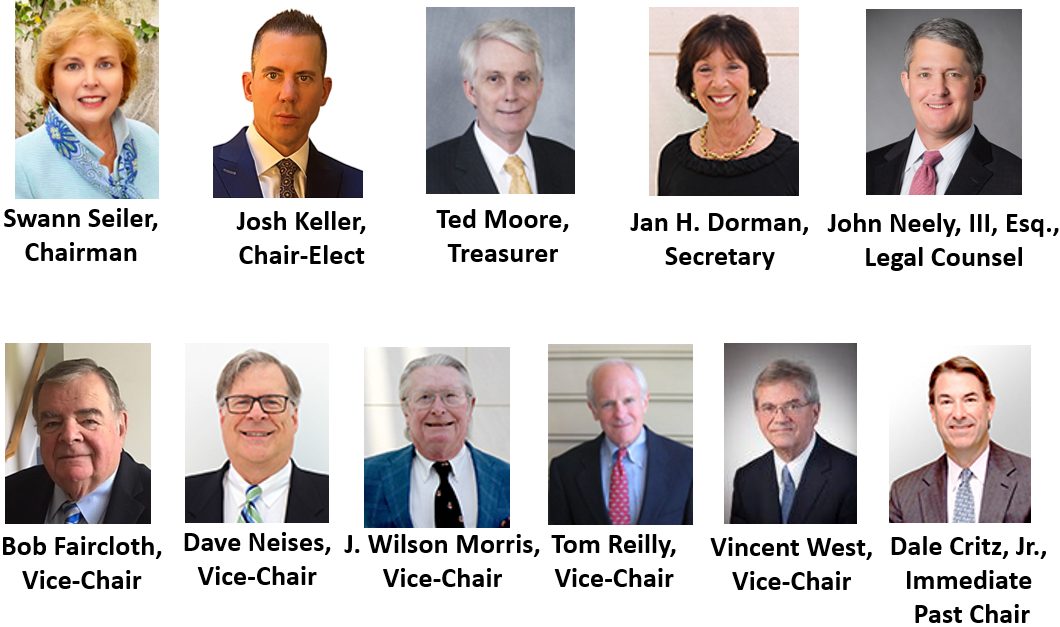 New Members of the Board of Trustees

Opened in 1886, Telfair Museums is the oldest public art museum in the South and features a world-class art collection in the heart of Savannah’s National Historic Landmark District. The museum encompasses three sites: the Jepson Center for the Arts, the Owens-Thomas House & Slave Quarters, and the Telfair Academy. For more information visit telfair.org.