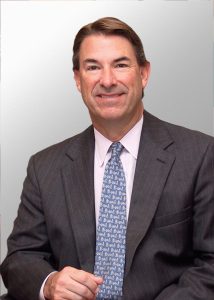 SAVANNAH, GA –  Telfair Museums announces the appointment of Dale C. Critz, Jr. as the new Chairman of the Board and three new members to its Board of Trustees. The new board has been carefully selected to help the museum further its mission to serve as a dynamic cultural center connecting people of all ages and backgrounds. The board members were appointed at the annual meeting on May 16, 2019.

“I welcome new board leadership as I take over the executive reigns of the Telfair,” said Robin Nicholson, Telfair Museums’ Director/CEO. “I look forward to working with Dale Critz, Jr. and applaud his predecessor Ted Kleisner for doing a fabulous job.  I am also delighted to welcome three new trustees who bring an extraordinary and diverse range of talents and experience.  It is a thrilling time to be at Telfair Museums.”

Dale C. Critz, Jr., Board Chairman, is a native of Savannah and President and CEO of Critz Auto Group, a third-generation dealership group founded in 1938 representing Mercedes-Benz, BMW, Buick, GMC Truck and Sprinter Vans. Dale also served on Telfair’s Board from 2001-2004 and has served The United Way of the Coastal Empire in numerous roles, including Campaign Chair in 2008 and Board Chair in 2010. He has served as Chair of the Savannah Community Foundation and The Savannah Historic Board of Review. He also served on the boards of the Savannah Country Day School, Junior Achievement, and

The Savannah Association for the Blind. He founded the Critz Tybee Run Fest, the proceeds of which are donated to local charities focused on education and healthy living.

Robert Faircloth, Secretary, is a retired international business executive. His career was primarily in manufacturing, starting in the oil and chemical paper industries in Canada. In 1974 he joined BTR plc, a London-based manufacturing firm with operations throughout the world. Following retirement in 1995, he held several board positions, including at BTR, and joined National Grid plc, one of the United States’ largest utilities, as a Director in 1995. He also joined the board of the Savannah Music Festival in 2007 and has been chairman for the past three years.

Catherine Viscardi Johnston is the former Executive Vice President of Conde Nast Publications. During her 25-year career in magazine publishing, she held a variety of executive positions, including Associate Publisher of Architectural Digest and New York Magazine. She also served as Publisher of Mademoiselle and Mirabella magazines. In 2000, Crain’s New York Business named Viscardi Johnston one of the 100 Most Influential Women in Business. Catherine also has experience with numerous entrepreneurial and philanthropic ventures. She has served on the board of trustees of ReadWorks, an education technology nonprofit venture supporting classroom literacy and ConnCAN, an advocate for higher achievement in public schools in Connecticut.

Kimberly Smith began her career opening and managing retail stores on Hilton Head Island, SC. She then moved to Atlanta and was one of the first employees to work in the startup company Petroleum Source and Systems, which became a prominent leader in the fuel management industry in the Southeast. Kim is very engaged in the community and has enjoyed volunteering for The Lutheran Church of the Ascension, Parent and Child Organization, American Diabetes Association, Georgia Historical Society, Savannah Tennis League, Savannah Children’s Museum, and Telfair Museums. Presently she spends her time being an active mother and volunteering at Savannah Country Day School, Benedictine Military School, and the Women’s Board of Bethesda.

Opened in 1886, Telfair Museums is the oldest public art museum in the South and features a world-class art collection in the heart of Savannah’s National Historic Landmark District. The museum encompasses three sites: the Jepson Center for the Arts, the Owens-Thomas House & Slave Quarters, and the Telfair Academy. 2019 marks the 200th anniversary of both the Telfair Academy and the Owens-Thomas House & Slave Quarters. For more information, call 912-790-8800 or visit www.telfair.org.