Telfair Museum’s Education Department held a Youthful Voices Writing Showcase that targeted students to creatively respond to selected works in the exhibition. The audio recordings below exhibit these students’ original narratives in the form of poetry or short responses. This writing showcase was a collaborative effort between Telfair Museums, Deep, and the Savannah Chatham County Public School System. 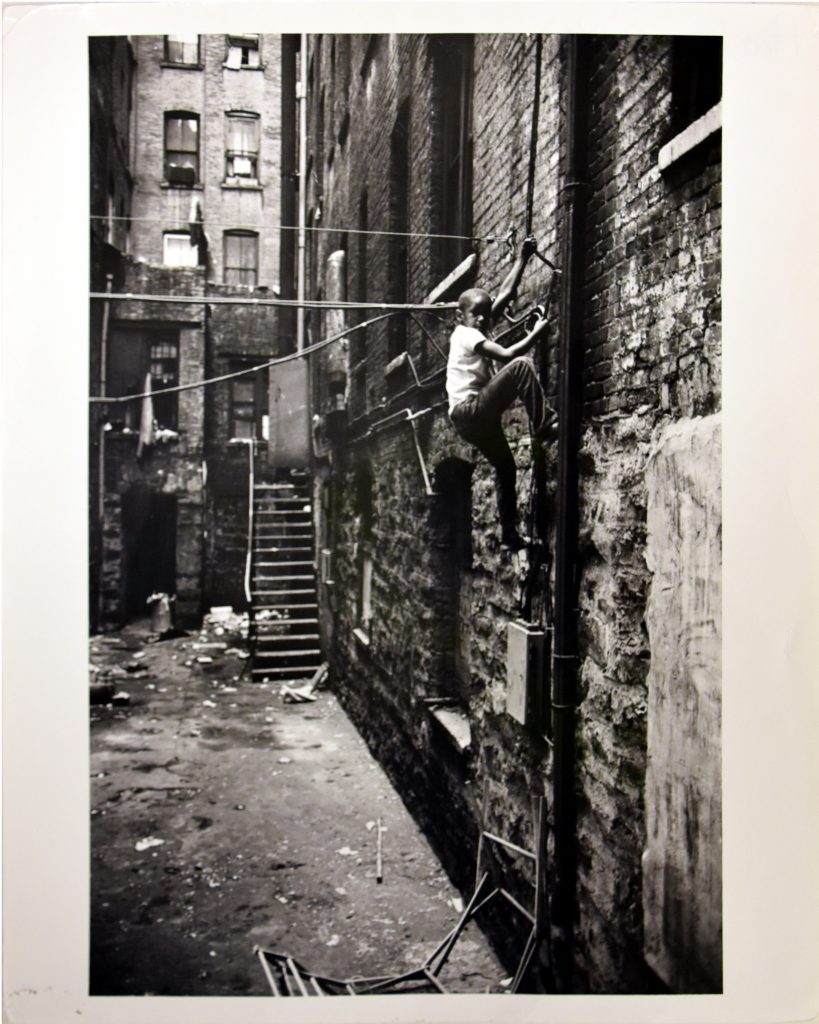 I climb brick walls my people built for me. To touch infinity and beyond,
I’ll never fake an appearance.
I’m not to be played with.

I got scars like none other
They scream awake to find a way out of this place I put my fingertips in these creases and they bled. Like ink.

So, I started writing my story on walls.
Called it graffiti like my art wasn’t worth the MOMA Black boy gets lost in a moment

I grab pipes to hold myself from falling,
A comet reaching back into a sad pit of no resolve.
I’ve lined myself up to make a mess of it all.
And once I climb, the creases in these bricks will tell stories of past, present, future and how the African evolved

I climb,
Over America’s tall tells
of a great country that believes in equality I’s be the black child that climbs

Who is ill and afraid to fall, tumble,or rest at the top Afraid to look down on the world
Handpicking specimens like me
Who deserve to fly rather than climb
Call it divine how I turn from firefly to Star in a short notice

Going upward, then back down. Taking a gander at who I’ve become. .

A divine specimen and more than who I think I am Passing on the knowledge of reaching the clouds.

I’s be the black child who climbs brick walls to reach
the ancestors up high
And I’ve seen the bottom so I know I can make it above the sky Cause if it’s the same at the bottom then I will see it before I die Call it black boy in the moment. 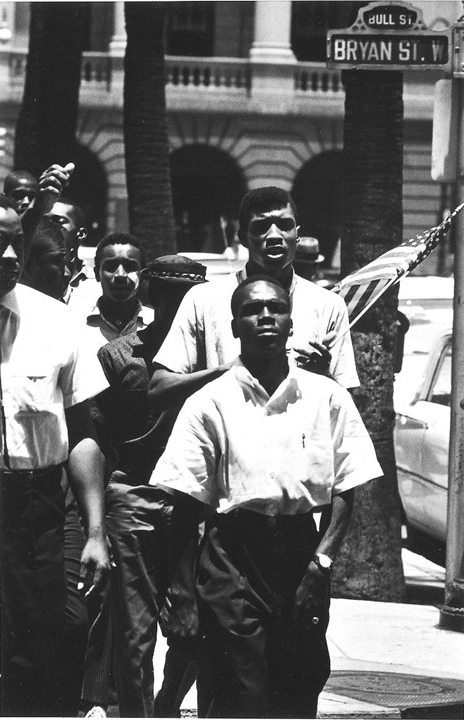 'The Atom' by JayBird (Inspired by 'Leading a March')

It began with an atom Another minority
With power in numbers.

He would gather thousands
To join this voyage
With voices sentenced to white noise Eyes heavily armed in
“This doesn’t surprise me anymore.” A war was clear.

It took six months of marching together

To break bread at the same table

A taste for what was to come. 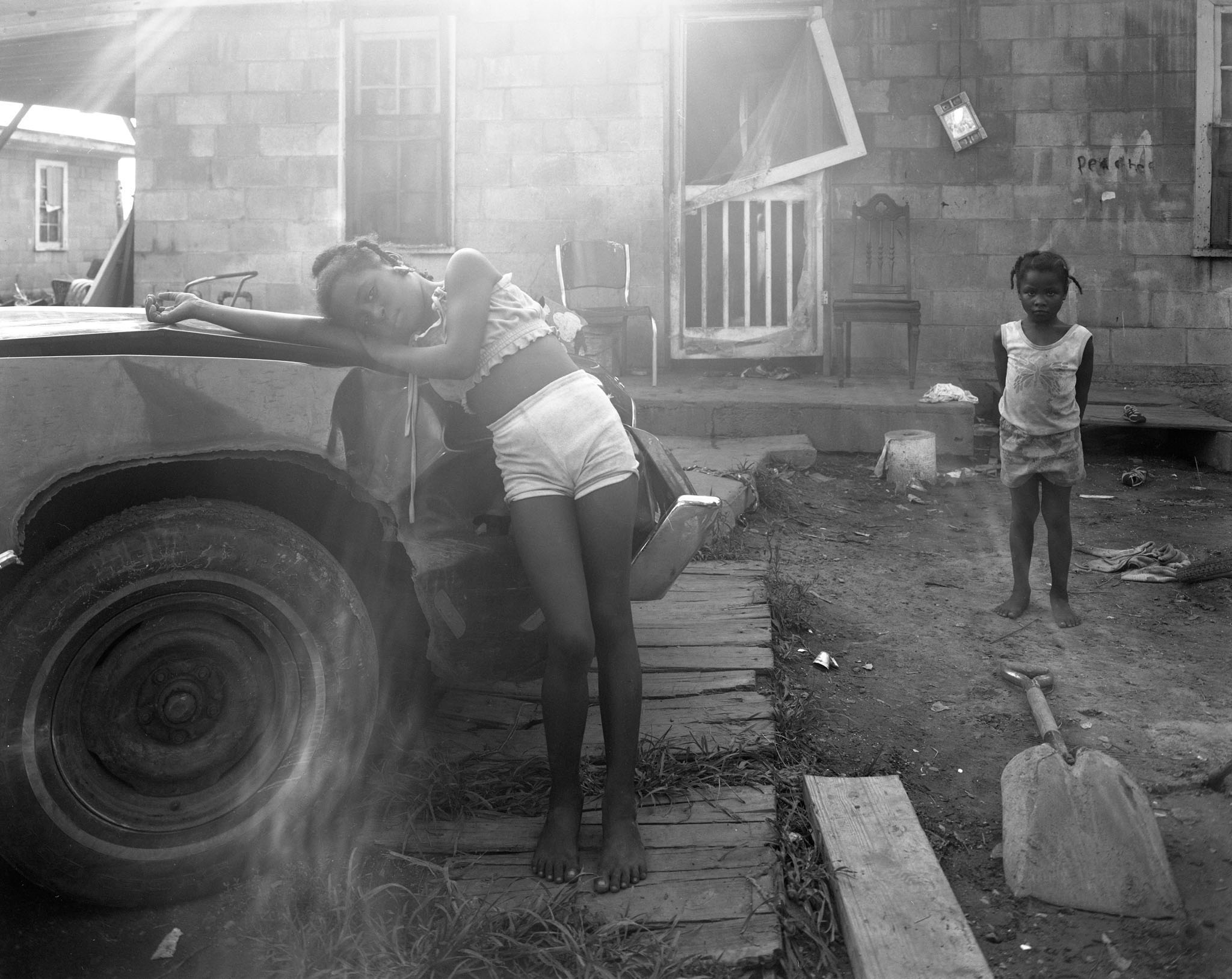 definition a movie a saying a reality

we live in old lots, cardboxes repurposed as our own sandlot as our own backboards and nets

knowing their place is solidified in this world 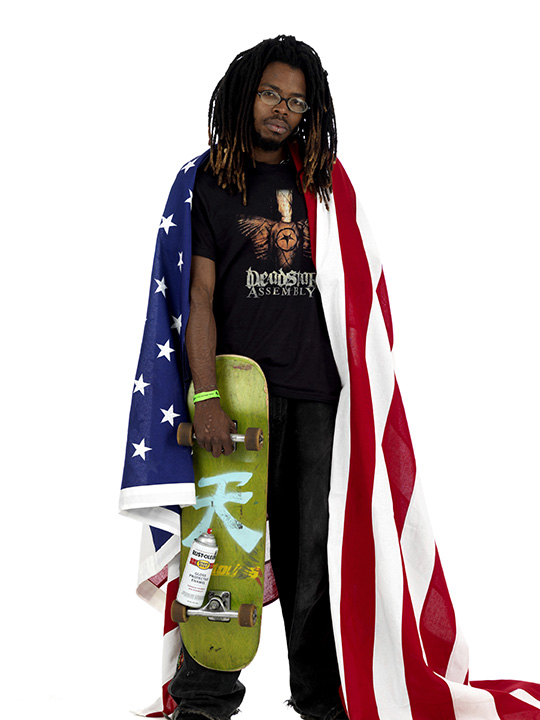 'To Be American' by Auset "Settie" Lee (Inspired by Anjre Kerr)

What does it mean to be American in the 21st century?”

Statistics show that it depends on what type of American.

Hmph. To me, that’s like asking what does it mean to be a double edged sword.

Or what it means to be fries in France.
But French fries didn’t come from France.
Yet they’re known for being there.
Is that what happened in America?
People just appeared and became known for being American, right?

Well, contrary to the other end,

Think of what it means to be a tree that has risen between the cracks of the concrete. What it means to actually come from the soil that you claim.
Because technically that’s the only true “American” there is.

Being American in the 21st century means to deal with living on a piece of land “reserved” for you but then told it doesn’t ​belong to you.

Being American in the 21st century means to be improperly misinterpreted for what they ​say you looked like in the history books, versus what you ​actually ​look like.

Being American in the 21st century means having to relearn a ​whole ​history stripped away from you with no sense of where you started. Having to relearn the meaning of being a human being that knows how to nurture and care for mother earth as well as sustain life.

Where
Is the balance?

What type of 21st century American is on the channel?

Forced to face a harsh road and a false ​future​.

Balancing on two wheels of oppression in the ​present.

Grinding on the edges of the ​past.

Gripping handle in creative palms to give it passion.

We are the double edge swords And our energy could melt any bar.

A reason to use us, to alter what could occur in the future.

The reason that lead to our mishandling.

So what does it mean to be American in the 21st century?

It means to be remembered, a ​legend​, forever talked about.

It means to live the ​true ​American Dream.

Not life, not liberty, nor the pursuit of happiness.

Human becoming one race no matter the color or shade.

Black body’s not bounties be beautiful Joyous in Sunrays!

But still… what does it mean?

“Hey Siri, what does it mean to be American and truly live the American Dream?”

The 21st century American that truly lives the American Dream is the black man. ​Read on? Yes​. He needs improvement. Not always 100% innocent, yet he is targeted 100% of the time for the color of his skin and the actions of his kin.

“Tuh, you mean the white cop.”

No, because if your generation wasn’t blinded by rage you would know that not ALL cops are crooked, nor just white.

The people you​ should b​e worried about simply want to see America crash and burn. Because to them, you can’t have order without chaos. Read on?

In conclusion, the average 21st American needs to get a grip, because that same grip on the double edge sword is starting to wear down.

And the holder is starting to lose its grasp on reality as the world as we know it is beginning to crumble.

Coronapocalyspe just opened our eyes to see which corrupted pharmaceutical power will prevail. Corporations gobbling up the green of the underpaid consumer.

Even so, we pretend we do not ​see ​it.
We don’t ​see the 5G towers and reports of radiation.

We don’t see winter coming, as ​the next wave ​rains a chill on skin praying its lungs maintain the fire within.

We don’t see as we blindly open our phones and ask Siri about something that’s right in our face.

Which was all a part of the plan,

That to be American in the 21st century is to be in a technological bondage. Stuck in our houses with nothing but technology and the people in our immediate space to keep us comfort from the horrors of stepping outside.

Yet we won’t be satisfied until it’s considered normal to not be able to ​ever ​talk ​freely, ​be

So, if you really want to know what it means to be American in the 21st century, 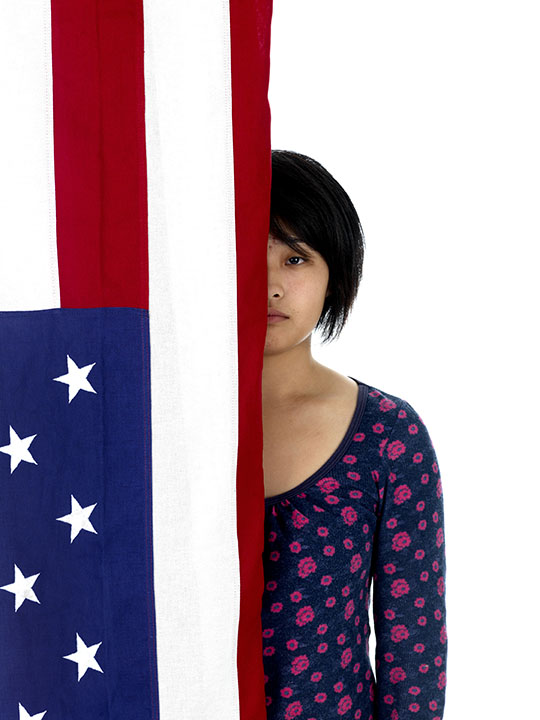 As referenced in the first three words of the Constitution, our nation has a historical and civil duty to embrace everyone with open arms.  In this image, a girl is shown wit hhalf of her face visible, the rest is obscured by the American flag.  This work represents the cultural roots and stories of immigrants across our nation – who together weave the threads of the blanket of freedom: the American flag.

With new roots planted in the America, they carry immeasurable ancestral bonds and stories in their souls and spirit that span the globe.  These connections weave the fabric of this diverse nation, the United States of America.