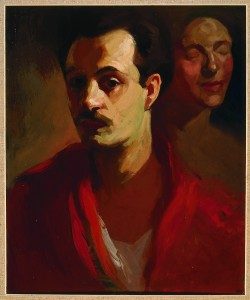 The ever-popular collection of drawings, watercolors, and paintings by the Lebanese-born, visionary artist and writer Kahlil Gibran (1883-1931) will be on view again at the Telfair Academy beginning on May 26. Although best known for authoring  The Prophet, a collection of short, philosophical essays that became one of the top-selling books of the twentieth century, Kahlil Gibran pursued visual art first. Beginning in childhood, his early efforts set him on a lifelong path of creativity that ultimately made possible his literary achievements. Inspired by painters from the Renaissance, the Pre-Raphaelites, the French Symbolists, and others, such as visionary William Blake, Gibran sought to express symbolic ideas about life, humanity, and the interconnectedness of all things in his own unique way.

The Telfair’s collection spans the artist’s career beginning with The Vision of Adam and Eve, a work exhibited in his first show at photographer Fred Holland Day’s studio in Boston in 1904, to works created during the last years of his life, including six works used as illustrations in his last book The Garden of the Prophet. The show includes numerous illustrations from six of his English-written books, photographs of Gibran and his New York studio, a portrait of the young artist painted by Lilla Cabot Perry, portraits of Gibran’s family and friends, including patron Mary Haskell (1872-1964) and her other protÃ©gÃ©s, as well as drawings and sketches on Haskell’s personal stationary. Haskell gave her collection of nearly one hundred works to the Telfair in 1950. She had been thinking of the donation from as early as 1914 when she wrote Gibran about her first experiences at the museum:

And of course I am thinking of other museums next. Perhaps Boston-Chicago-and the unique little Telfair Gallery in Savannah, Ga. that Gari Melchers chooses pictures for. There when I was a visiting child, form burst on my astonished little soul… Art has a southern beginning at the Telfair.

Originally from South Carolina, Haskell retired to Savannah after running an elite girls’ school in Massachusetts for nearly two decades. She married her cousin’s widow Jacob Florance Minis, a wealthy businessman and Telfair Trustee, in 1926. 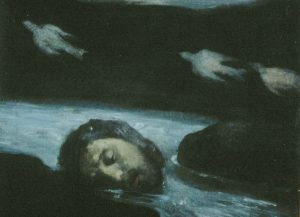 BBC World broadcasted a worldwide program about Kahlil Gibran, including an interview with Curator Tania Sammons.

Originally broadcast on Heart and Soul, via BBC World Service