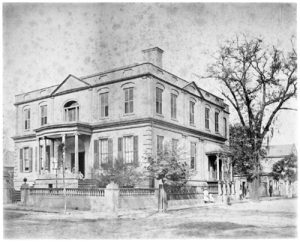 Telfair Museums presents Slavery and Freedom in Savannah in conjunction with the newly published book of the same title. The exhibition’s images, documentary accounts and objects from Telfair Museums and other collections provide a deeper understanding of our collective American past.

Viewed with a wider lens, pieces such as the neoclassical tea service owned by Frances Lewis Bolton Richardson are not simply prized possessions of a wealthy, white slaveholder, but also are objects held and polished under the watchful eye of a trained, enslaved laborer.

A silver tankard on display given to an enslaved overseer, Maurice, at Hampton Plantation on nearby St. Simon’s Island tells another story. Owner Pierce Butler gave Maurice the tankard in recognition of Maurice’s bravery in saving the lives of more than one hundred slaves during a hurricane in 1804. Nearly fifty-five years later, Butler’s son sold 429 enslaved people, perhaps including some who survived that hurricane. The sale took place only two miles outside Savannah and was the largest slave auction recorded in American history.

The exhibition also presents objects that tell stories into the 20th century, highlighting Savannah-only histories and representing some contemporary interpretations of the African American experience in Savannah and America. 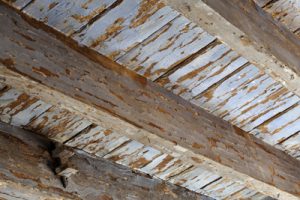 6 pm | Launch & Reception
Join us to celebrate the publication of Slavery and Freedom in Savannah with a launch party and reception. Spanning the history of Savannah from the Colonial era into the mid-20th century, the book tells an American story of urban slavery and freedom through the unique lens of Georgia’s coastal city. Special emphasis about the free and enslaved people associated with the original Telfair historic homes—the Owens-Thomas House and Telfair mansion—underscores their significance to the larger history presented. Published by the University of Georgia Press, Slavery and Freedom in Savannah builds on scholarship in several fields providing insight into urban life across 300 years of Georgia history. The Windsor Forest Troubadours and Knights of Harmony will give a choral performance, followed by a presentation by the book’s editors, nationally-recognized scholars Leslie M. Harris of Emory University and Daina Ramey Berry of the University of Texas. The Friends of the Owens-Thomas House are generous hosts of the reception, open to general membership and guests. Includes light appetizers and cash bar for beer and wine.

This program is free and open to the public, thanks to generous funding from the City of Savannah Department of Cultural Affairs. Additional support provided by IMLS.