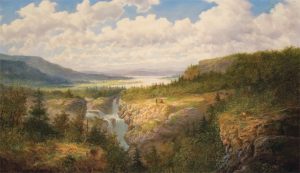 Spanning the years 1810–1896, this exhibition examines the core concepts of the romantic movement as it unfolded in fine art of the American South. Having originated in European literature and art, romanticism found its way to America. The same ideals found in the canvases of the Hudson River School also colored the art of painters who found their inspiration and audience in the South.

The works in this exhibition are drawn from the Johnson Collection, founded by George Dean Johnson, Jr. and Susan (Susu) Phifer Johnson of Spartanburg, South Carolina. The Johnsons are passionate philanthropists committed to enhancing the educational environment and cultural vibrancy of their hometown, state, and region. Their collection began as an interest in paintings by Carolina artists in 2002, and has since grown to encompass more than eight hundred objects with provenances that span the centuries and chronicle the cultural evolution of the American South. 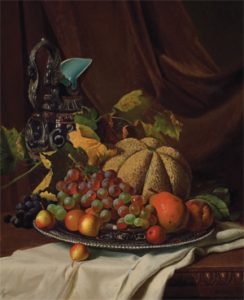 Preview paintings from 32 artists representing the lavish romantic movement as it unfolded in the South. Seating at dinner is limited and available on a first come, first served basis. Cost is $95 per person. Reservations and pre-payment required by Friday, July 18. RSVP to Catherine Renner at 912.790.8844 or rennerc@telfair.org. Presented by Delta Air Lines.

The community is invited to enjoy three days of free admission to the Telfair Academy. Funding is provided by the City of Savannah. 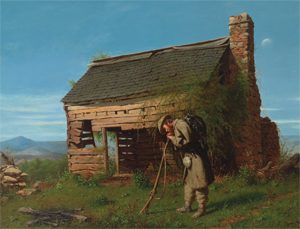 We invite families to enjoy a day of hands-on activities related to the Romantic Spirits exhibition. Funding is provided by the City of Savannah and Georgia Power Foundation, Inc.

With the dawn of the nineteenth century, the city of Savannah found itself on the cusp of great change as it developed from a provincial colonial capital to a thriving and nationally important port city. Accompanying this shift was an equally exciting revolution in culture as Americans joined their European cousins in revolting against the rationality of the eighteenth-century in favor of emotional responses to experience as they expressed themselves through literature, music, and the visual arts. In conjunction with the Romantic Spirits exhibition, Early American historian Christopher E. Hendricks will examine how this exciting age reshaped Savannah’s landscape, society, and architecture. Free admission, sponsored by Armstrong State University.