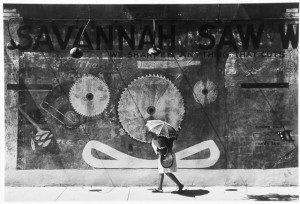 Since the Telfair Academy of Arts and Sciences was founded through Mary Telfair’s 1875 bequest, Telfair Museums has amassed more than 4,500 objects from Europe and America, ranging from a small number of Old Master paintings to a growing collection of contemporary works in a wide variety of media. Portraits to Pixels highlights pieces from each decade of the Telfair’s history, from the beloved to the overlooked, accompanied by narratives about the history of the Telfair, the oldest public art museum in the South.

Mary Telfair herself acquired a small assortment of paintings, most of which were copies of Old Master works collected during her trips abroad. In 1883, German-born artist Carl Brandt was appointed the first museum director and set off to Europe to begin purchasing work for the new institution. Brandt’s acquisitions reflect the 19th-century taste for academic art-works by artists trained in the major art academies in Europe, and executed according to exact standards.

Brandt’s more progressive successor, American artist Gari Melchers, also collected the contemporary art of his day. During his tenure as Fine Arts Advisor from 1906-16 Melchers acquired more than 70 works, including many of the Telfair’s masterpieces, such as George Bellows’ Snow-Capped River and Childe Hassam’s Brooklyn Bridge in Winter. The Telfair’s collection of American Impressionism and Ashcan School works is largely owed to Melchers’ excellent eye and art world connections.

Following Melchers’ departure, gifts and occasional purchases have added to the Telfair’s collected works. Generous collectors such as Elizabeth Millar Bullard bequeathed works like Hassam’s Avenue of the Allies and Frieseke’s Garden Umbrella, among others. Julianna and Frederick Waring donated priceless prints including works by DÃ¼rer, Piranesi, Hogarth and Whistler. More recently, collectors have donated significant examples of mid-century painting and twentieth-century photography. In recent decades, the Telfair has also stepped up its  acquisition  of contemporary art to include more diverse media. Portraits to Pixels presents an abbreviated history of taste over the past century and a quarter-as well as a tribute to the efforts of dedicated curators and directors, committed collectors, and a supportive community. 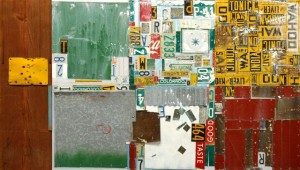