On a desk of the private study collection of the Museum für Naturkunde in Berlin, an old stuffed parrot guards a small library and a vast, yet obsolete ornithology collection. An excited young scientist reads a story on the origins of the desiccated animal for the purpose of entertaining a group of visitors: it may have been the last “speaker” of a dead Indigenous language from colonial Venezuela, or a German prince’s precious gift to the naturalist Alexander von Humboldt. There is no clear understanding which of these versions, if any, might be true. This long-obscured anecdote inspires Never Spoken Again: Rogue Stories of Science and Collections, a traveling exhibition that reflects on the birth of modern collections, their origin stories, and the art institutions that sustain them. The unknown truth of the story invites speculation and encourages the formation of alternative narratives surrounding the works on view. The exhibition collects stories of fabrication, chance, and deceit that live silently, yet dynamically, between the layers of modern history.

The internationally recognized contemporary artists featured in the exhibition, including Morehshin Allahyari, Daniel R. Small, Carlos Motta, and Michael Rakowitz, perform as artist-scholars, opening a critique of material culture, iconography, and political ecologies. Their practices examine not only the objects and the systems of distribution that facilitate their circulation but also the disciplines and subjects of study that perpetuate boundaries. The works shed light on myths, simulations, fake currencies, war games, and the slow violence of systematic racism that historically underpin collecting practices. In conjunction with the Telfair Museums-organized exhibition Progressive Regression: Examination of a 19th Century Museum, on view at the Telfair Academy, there is a call for a renewed consideration surrounding human agency in how our histories and futures may be reimagined.

Never Spoken Again: Rogue Stories of Science and Collections is curated by David Ayala-Alfonso and produced by Independent Curators International (ICI). It is the result of a new series of programs, pioneered with the support of the Hartfield Foundation, aimed at providing opportunities to alumni of ICI’s Curatorial Intensive as they move through the stages of their career, and reflecting ICI’s commitment to fostering and championing new curatorial voices who will shape the future of the field. Never Spoken Again is made possible with the generous support of ICI’s Board of Trustees and International Forum, with additional support from SAHA. The presentation at Telfair Museums has been organized in collaboration with Erin Dunn, associate curator of modern and contemporary art.

David Ayala-Alfonso is a Colombian Curator, Artist, and Researcher working between Bogotá and London. He is part of the editorial teams of Journal of Visual Culture, Cultural Anthropology and {{em_rgencia}. Ayala-Alfonso has been Curator in Residence and Academic Coordinator at FLORA ars+natura in Bogotá, and lectured in different art schools in the US and Colombia. He has published books and articles on interface theory, Latin American art history, artist-run spaces, performance studies, visual studies, urban sociology, anthropology of education and artistic interventions in the public realm. He is also an occasional collaborator for different academic publications as a writer and a translator. Recent work as a curator and as part of the art collective Grupo 0,29 has been featured at Museos de Arte at Banco de la República in Bogotá, South London Gallery, the David Rockefeller Center at Harvard University, the BMW Guggenheim Lab, Concordia University in Montreal, Columbia College in Chicago, and Centro Cultural La Moneda in Santiago. He has been awarded the Fulbright Grant, the AICAD post-graduate Teaching Fellowship, the ICI-Dedalus Award for Curatorial Research and the Early-concept Grant for Exploratory Research at SAIC. Ayala-Alfonso holds a MA in Visual and Critical Studies from the School of the Art Institute of Chicago and a Specialization in Art Education from the National University of Colombia, and is preparing publications on critical heritage, and art in the public realm to be released in 2019.

Independent Curator’s International (ICI) supports the work of curators to help create stronger art communities through experimentation, collaboration, and international engagement. Curators are arts community leaders and organizers who champion artistic practice, build essential infrastructures and institutions, and generate public engagement with art. Our collaborative programs connect curators across generation and across social political and cultural borders. They form an international framework for sharing knowledge and resources–promoting cultural exchange, access to art and public awareness for the curator’s role. 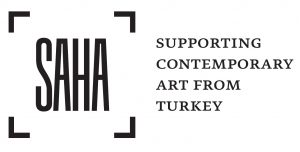 Investment is provided by the City of Savannah and the Georgia Council for the Arts.

Fractal Access Totems tells the story of Regina, an incarnated spirit charged with awakening the planet. The story reveals unexpected connections between Regina, mystical forms of knowledge from traditional cultures of Mexico, and the collective mobilizations that took place around the world in the late 1960s. The film combines interviews, archival materials, and the artist’s narration of his personal encounters with the characters who revealed to him Regina’s existence. It is one of a series of films by François Bucher that question linear understandings of time, correlate apparently disparate events, and mystify history and geopolitics.