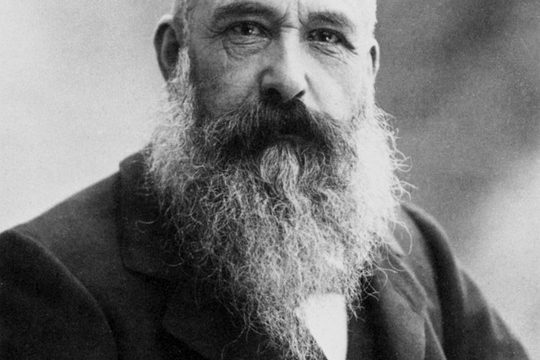 Monet to Matisse: Masterworks of French Impressionism from the Dixon Gallery and Gardens boasts significant works of art by the most dynamic artists to work in late 19th- and early 20th-century France, including Claude Monet, Mary Cassatt, Edgar Degas, Pierre-Auguste Renoir, Paul Gauguin, and Henri Matisse. From plein air landscapes to scenes of modern life in Paris, the 30 paintings in the exhibition illustrate the radical innovations launched by artists we know today as Impressionists and Post-Impressionists.

Beginning in 1853, the city of Paris underwent a dramatic modernization as Georges Haussmann’s urban plan transformed the French capital from a chaotic web of medieval streets to a more orderly system of wide, tree-lined boulevards, bustling with energy in its many cafes and parks. As keen observers of the changes taking place around them, a group of artists began to move away from more traditional forms of art rooted in history and religion, dedicating themselves instead to “the painting of modern life” and to creating their work en plein air, or directly on location, to give a quick impression of a particular moment in nature. Ultimately, this group would become known as the Impressionists. They organized eight independent exhibitions between 1874 and 1886, where they continued to promote the practice of painting directly from nature and recording modern life as a means of conveying truth in art.  In doing so, they changed the course of art history, revolutionizing the way art was viewed in Paris, and eventually around the world.

In the years that followed the landmark Impressionist exhibitions, a wave of younger painters pushed the basic tenets of the movement into uncharted reaches of formal innovation. Daring figures such as Pierre Bonnard, Paul Gauguin, Georges Seurat, Henri de Toulouse-Lautrec, and eventually Henri Matisse found in Impressionism’s independence a license for their own experimentation. These avant-garde painters would come to be known as Post-Impressionists, as they embraced new subjects, invented new pictorial structures, and applied color theory in utterly unexpected ways. These remarkable painters in turn set the course of Western art in new directions and laid the groundwork for generations of artists to come, including those who are working today.

This exhibition is organized by the Dixon Gallery and Gardens, Memphis, and curated by Julie Pierotti. The presentation of this exhibition at Telfair Museums is curated by Courtney McNeil, Chief Curator and Deputy Director for Curatorial Affairs.

Coming to Savannah to see “Monet to Matisse: Masterworks of French Impressionism?” Plan your visit with the help of Visit Savannah!

Monet to Matisse is organized by the Dixon Gallery and Gardens, Memphis, Tennessee.

Special Thanks to our Partners (6)

Investment is provided by the City of Savannah.