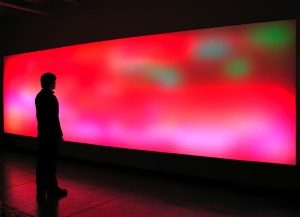 Leo Villareal is a pioneer in the use of LEDs and computer-driven imagery and known both for his light sculptures and architectural, site-specific works. This exhibition, his first major traveling museum survey, seeks to place Villareal’s body of work within the continuum of contemporary art. Born in Albuquerque, NM, in 1967 and raised in El Paso, TX, and in northern Mexico, Villareal began his studies in stage design and art at Yale University, New Haven, CT. He later pursued graduate studies at the Interactive Telecommunications Program at New York University’s Tisch School of the Arts, NY, and from 1994 to 1997, worked on cutting-edge virtual reality projects at Paul Allen’s Interval Research Corporation in Palo Alto, California. In 1994, Villareal first attended the counterculture festival Burning Man, which inspired him to begin creating immersive experiences on a larger scale. In 1997, he programmed a 16-light strobe structure that he brought to Burning Man. Originally conceived as a nighttime wayfinding device using pulsing light, the simple piece was well received and became the precursor to his work in the light medium.

This exhibition and its catalogue explore how Villareal presents a new vision of art that responds and relates to the innovations of the 21st-century, using computer code and new technology as a medium for abstraction.

Leo Villareal was organized by the San Jose Museum of Art. Sponsored by the Andy Warhol Foundation for the Visual Arts, the Walter and Karla Goldschmidt Foundation, and Bank of America.

Sponsored in part by Domenico and Eleanore De Sole.

This exhibition will be presented in conjunction with the Telfair Museums’ 2012 Pulse: Art & Technology Festival.

Enhance your viewing experience! Download a  FREE soundtrack for the exhibition.

Leo Villareal on his artistic process

Installation of Diamond Sea and Hive

Free for members or with museum admission.  Free to students with i.d. 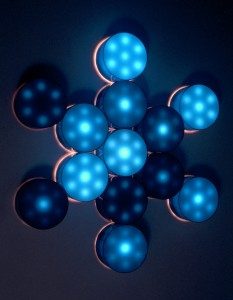 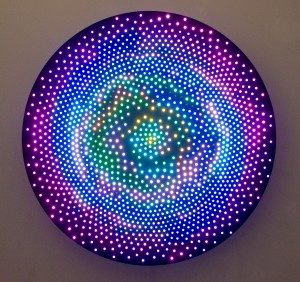 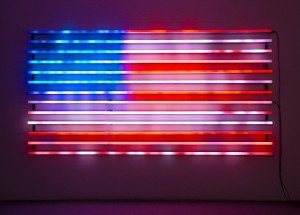