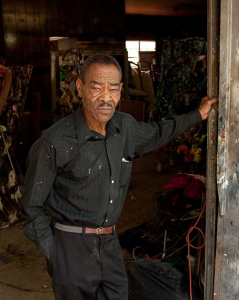 Jerry Siegel, a highly-regarded photographer from Selma, Alabama, has worked as a fine art, advertising, and corporate photographer for the last two decades. Like many artists, Siegel is continuously drawn to his roots; he considers his photography to be “a journey to [his] beginning.” Siegel attended the University of South Alabama in Mobile and later graduated from the Art Institute of Atlanta. His work has been exhibited in the Ogden Museum of Southern Art in New Orleans, the Montgomery Museum of Fine Art, the Jule Collins Smith Museum in Auburn, and the Museum of Contemporary Art of Georgia.

This exhibition is organized by the Jule Collins Smith Museum of Fine Art of Auburn University.
It is accompanied by a 232-page hardcover catalogue published by the University of Alabama Press.

Courtney McNeil, Telfair Curator of Art, will lead a conversation with photographer Jerry Siegel. Siegel will show and discuss images of his work including portraits of noted southern artists from the Facing South series. A reception will follow the program.

Free to members. This lecture program and reception sponsored by the Telfair Academy Guild.

An Artist’s Portrait: A Photographic Workshop with Jerry Siegel