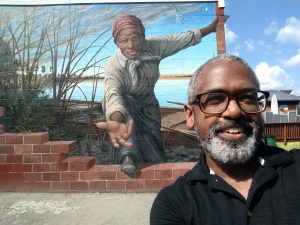 Join historian Anthony Cohen for a special Juneteenth lecture and an amazing story of family history, freedom and resilience. “Patrick & Me” chronicles the journey of Cohen, a fourth generationdescendant of an enslaved man, who escaped to freedom on the Underground Railroad. Drawing from an 1856 interview with his forbearer, Cohen carefully reconstructs the amazing life story of Patrick Sneed—a slave of African, Jewish, Irish and Cherokee heritage—who fled from bondage in Savannah, GA and later went on to fight in the Civil War. Cohen, a historian who has twice walked the Underground Railroad, unearths Sneed’s story in Canada only to discover that Sneed is his long-lost ancestor and that he had followed Sneed’s trail north long before he knew of his existence. Cohen’s presentation describes his effort to turn his family story into a film, to be released in 2022 on the 200th anniversary of Patrick Sneed’s birth. Cohen is the founder of the Menare Foundation, dedicated to preserving the history of the Underground Railroad. He has appeared in media including C-Span and the Washington Post. The virtual lecture is offered free of charge on Zoom.