This special program features a scholarly lecture by Ulysses Grant Dietz titled “Money, Beauty, Power: The Transformation of Taste in America’s Gilded Age,” followed by wine tasting and food pairing. It is offered as a thank you for Telfair Museums’ patrons who support at the Steward level or above, and patrons with a cumulative annual giving total of $2,500 or more between the dates of November 2017–October 2018.

The lecture will cover the time between the end of the Civil War in 1865, and 1917, when the United States entered World War I – a time when the building and consumption patterns of America’s elite changed dramatically, transforming America’s taste in ways that would have lasting cultural implications for the nation. Those who accumulated great wealth in the wake of the Civil War began to look for ways to distinguish themselves from their fellow citizens. A country that once saw itself as a nation of equals began to transform itself into an aristocracy of consumption. The acquisition of material beauty enabled the newly rich to assert their dominance over the rest of society. Moreover, as the United States began to assert itself financially in the world economy, there was a distinct shift away from “modern” aesthetics and a concerted effort to mimic aristocratic styles of the European past. 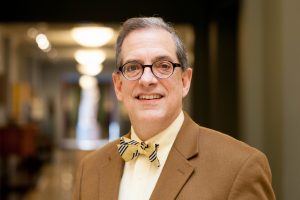 Dietz is the Interim Director and former Chief Curator of Decorative Arts of the Newark Museum in New Jersey and holds a Master of Arts degree in American Material Culture from the University of Delaware’s Winterthur Program and a BA in French from Yale University. His distinguished resume includes curating over 100 exhibitions covering all aspects of the decorative arts from colonial to contemporary. Ulysses is especially proud of his work on the Museum’s 1885 Ballantine House, named a National Historic Landmark in 1985. Dietz has also published numerous articles on decorative arts, drawn from the Newark Museum’s nationally-known collections of art pottery, studio ceramics, silver, jewelry and nineteenth-century furniture. His most recent publications are Masterpieces of Art Pottery, 1880-1930, from the Newark Museum in 2009, and Dream House: The White House as an American Home, released in September 2009 by Acanthus Press in New York. His last book as curator was Jewelry from Pearls to Platinum to Plastic.

This will be an evening you don’t want to miss! Consider upgrading today!

Invitations will be mailed to eligible donors near the end of October.