by Shannon Browning-Mullis, Curator of History and Decorative Arts

There is a text panel in the Orientation Gallery at the Owens-Thomas House & Slave Quarters that reads, “Words have Power. They express meanings, ideas, and relationships. They impact how we relate to the past and one another. As we share this history, we strive to use words that are empathetic to those whose history has been marginalized. For example, we use phrases like enslaved woman, rather than slave. The noun slave implies that she was, at her core, a slave. The adjective enslaved reveals that though in bondage, bondage was not her core existence. Furthermore, she was enslaved by the actions of another. Therefore, we use terms like enslaver, rather than master, to indicate one’s effort to exert power over another. You may hear other phrases like slave labor camp or escapee, rather than plantation or runaway. These reinforce the idea of people’s humanity rather than the conditions forced upon them.” 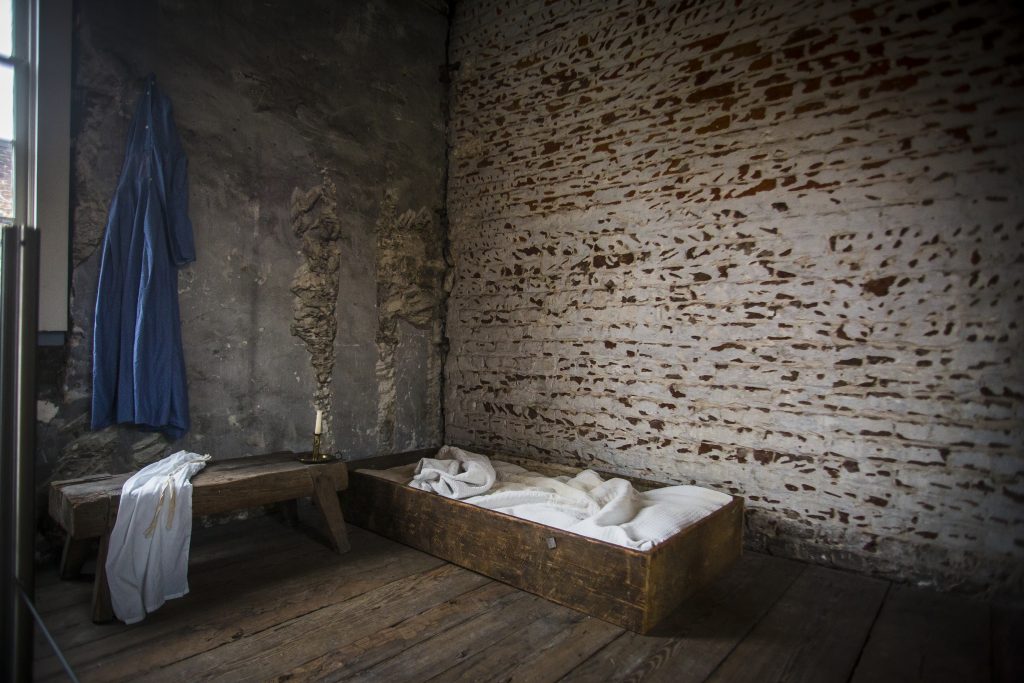 Why, then, does the sign in front of the building where enslaved people slept still say, “Slave Quarters”? Well, as the panel says, words really do have power, so we’ve debated this one at length. It is important to acknowledge humanity where it exists, assign agency when it was present, and keep language useable and understandable.  At the end of the day, the correct terminology would probably be “living quarters for the enslaved people,” but that is quite a mouthful. In this same vein, I am most comfortable using the phrase “enslaved or free people of African descent” rather than “enslaved or free African Americans,” because to call a person American implies citizenship and its corresponding rights, which people of African descent did not have during the period of enslavement. Unfortunately, this phrase is also rather unwieldy.

At the end of the day, I suppose that the most important factor is that the quarters themselves were not enslaved. They were living quarters for people in a condition of enslavement, who were at the time referred to as slaves. In the same vein, we don’t say the “enslaved trade,” because the trade of people and goods across the Atlantic was not enslaved. It was the transfer of people who had been enslaved.

Complicated, I know. The most important thing to remember when you talk about language is not the specific word you use, but rather that you have carefully and thoughtfully chosen that word to be as precise and humanizing as possible. Language evolves. We constantly shift the way we talk about particular topics. Through that evolution, our motivation remains constant: to examine the past and the people who lived through it honestly and with all the integrity we can muster.