Jason Hewitt, Historical Interpreter, dissects the political career of U.S. Congressman George W. Owens of Savannah, Georgia. Owens purchased the home that is now the Owens-Thomas House & Slave Quarters, operated by Telfair Museums, in 1830. This series will illuminate the ways in which Owens used his political position to further solidify power for white southern landholders in the 1830s, including mounting barriers to the abolition of slavery and speeding forced removals of indigenous people in the United States.

On the same day as the signing of the Treaty of New Echota in December 1835, a group of Seminoles in central Florida ambushed a company of the U.S. Army that had been dispatched to assist in the forced removal of the Seminoles to Indian Territory in present-day Oklahoma. This event marked the beginning of the Second Seminole War, the longest and most costly of all Indian conflicts in American history. Just a few months later, in May 1836, skirmishes between Creek refugees in Alabama and white settlers in the frontier along the Chattahoochee River in Georgia culminated in the start of the Second Creek War. As news of these simultaneous developments reached Washington, anxieties intensified among the Georgia delegation in the House of Representatives over the rapid expansion of armed conflicts with indigenous nations along multiple fronts near the state’s borders. George Owens would have been especially wary of these events. Prior to his election to Congress, Owens purchased over 6,000 acres along the Satilla River in Camden County near the border of Florida. This land was developed for rice cultivation and called Ivanhoe, the largest of the Owens family’s eight plantations with over 150 enslaved laborers. White landowners in the region feared the possibility of their enslaved workers escaping and colluding with the Seminoles to the south as relations with the indigenous inhabitants of Florida grew more unstable.

In 1827, all members of the Creek Nation in Georgia had been expelled from the state. Creek refugees fled across the Chattahoochee River to Alabama and south to Florida but frequently returned to their old hunting grounds in Georgia, where they encountered a proliferation of white settlements on their former lands. They retaliated by destroying crops and stealing livestock. If caught they were flogged and forcibly removed to Indian Territory. In turn, white settlers organized armed campaigns against Creek villages in Alabama. The burning of the Georgia town of Roanoke by Chief Neamathla and a coalition of Creek warriors in 1836 led to the intervention of the U.S. Army to quell the unrest in the region. Under the command of General Thomas Jesup, 15,000 Creeks were detained and sent to an internment camp at Fort Mitchell near Columbus, Georgia, before being sent to Indian Territory. Around 3,500 did not survive the journey west. 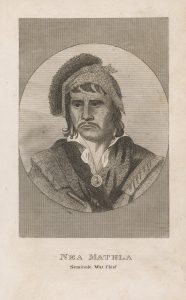 Figure 1: Neamathla was Chief of the Hitchiti band of the Creek Confederacy in exile in Alabama after their removal from western Georgia. He had previously fought in the First Creek War in 1813. He died in Oklahoma in 1841.

With the Second Creek War resolved, General Jesup and Brigadier General Duncan Clinch, who owned the neighboring Refuge plantation adjacent to Ivanhoe on the Satilla River, were sent to Florida to take command in the ongoing war with the Seminoles. After seven years of fighting and no formal truce, the Second Seminole War concluded in 1842, with 3,000 Seminoles removed to Indian Territory as the remainder retreated further south into the Florida Everglades. 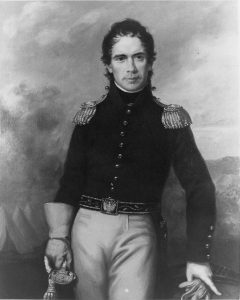 Figure 2: General Thomas Jesup was famously quoted as having said of the Seminole Nation that “the country can be rid of them only by exterminating them.” Jesup had one of the longest careers in US military history, serving from 1808 until his death in 1860.

Many white farmers in Southwest Georgia had formed militias and crossed state lines to join in the fight against the Creeks and the Seminoles. Although they were not officially in the service of the U.S. military, the legislature of Georgia decided to compensate them for their help in subjugating the Indians and aiding in their expulsion. In turn, the State of Georgia requested federal compensation for funds dispersed to the volunteers from the State Treasury. In a speech on the floor of the House in February 1837, George Owens implored Congress to validate the state’s decision, “knowing that these volunteers were persons the least able to bear the loss incurred by removal from their occupations and homes and considering them fully entitled to compensation.” The irony in Owens’ description of the cost to white landowners disrupting their daily lives to suppress the Creeks and Seminoles without any regard for their own plight is striking.

Figure 3: The Creek and Seminole Nations shared cultural and linguistic ties as Muskogean people. In Indian Territory the two nations shared the same tract, bordered by the Cherokee, Choctaw, and Chickasaw.

With the decades-long removal of the indigenous people of Georgia coming to a close, securing new territory for the expansion of plantation agriculture, George Owens and his political allies turned their attention to the rise in abolitionist petitions threatening the spread of slavery so vital to their socio-economic dominance.