by Shannon Browning-Mullis, Curator of History and Decorative Arts 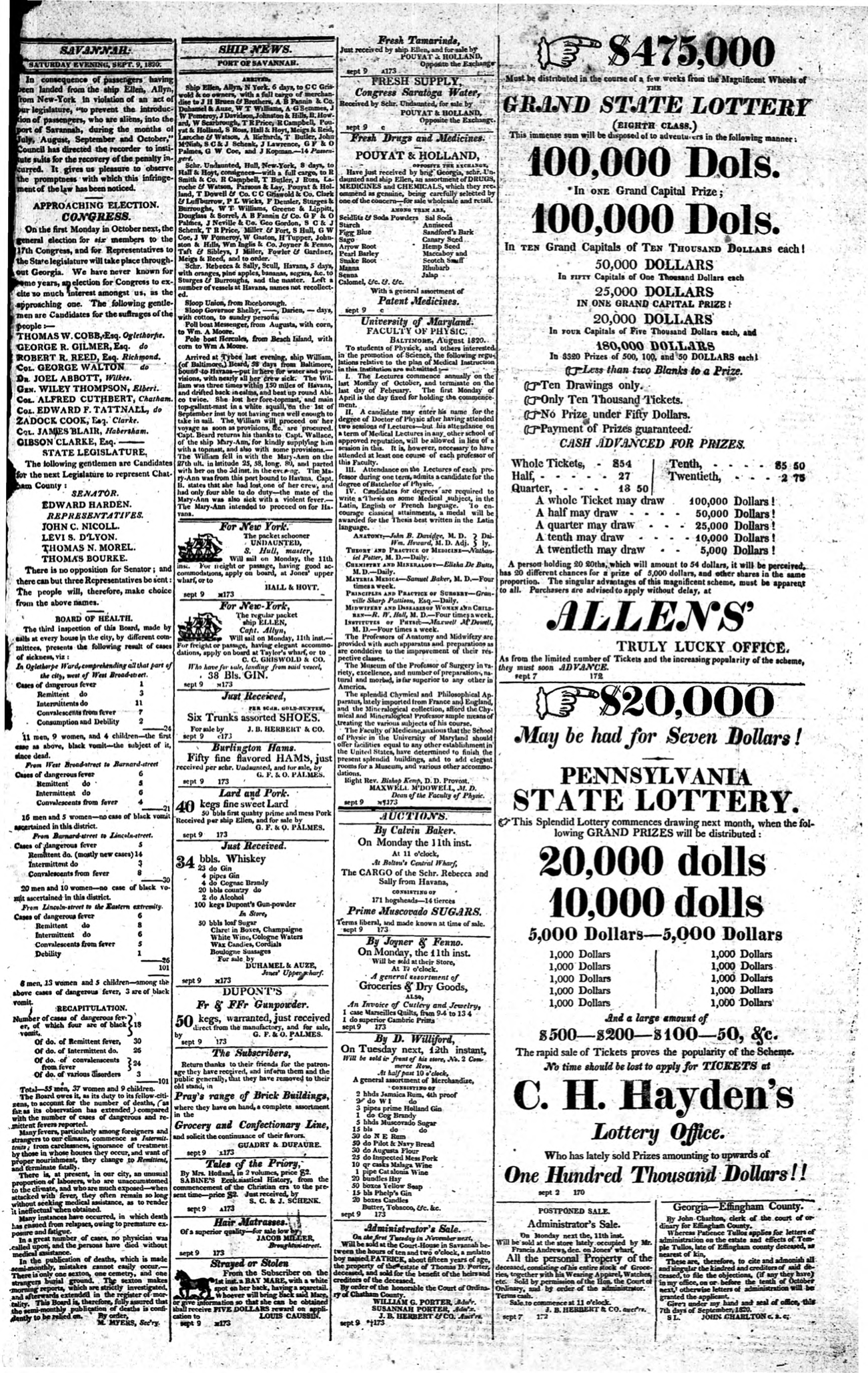 It may feel like we live in unprecedented times, but did you know Savannah has been through at least five epidemics since Oglethorpe landed on the bluff in 1733 with the first striking within months of their arrival? This deadly illness, which was very likely pandemic influenza, had a 13% mortality rate.

A variety of fevers were recorded in Savannah between its founding and 1820, but it’s impossible to determine which virus caused them with the information we have available today. Neither the partial shift from wet to dry rice culture in 1817, nor the 1819 banning of immigrants from July to October prevented what befell the city in 1820.

That year, one of the best known epidemics in Savannah’s history struck when Yellow Fever killed 10% of the city’s population of about 7,500. Wet culture rice fields surrounded the city, creating an ideal habitat for mosquitoes. Added to those already problematic conditions, the ruins from the fire that destroyed half the city a few months earlier filled with water during the heavy spring rains. The stage was set for Aedes aegypti, the vector for yellow fever, to thrive. The outbreak was so severe that the mayor advised citizens to flee the city if they were able, reducing the population to 1,500. Three of the four doctors tasked with studying the outbreak died.

Yellow Fever struck again in 1854, this time the misery was intensified by a hurricane that hit on September 8 and 9 in the midst of the illness. Ten physicians and ten medical students died caring for other people. The entire death toll included 1,040 people. Though Dr. Josiah Nott had proposed insect transmission as the cause of Yellow Fever in 1848, it did not become accepted wisdom until 50 years later. Some silver lining did come from this particular outbreak. Mayor Ward began work on the city’s first sewer system in the months that followed. He believed that the city’s poor hygiene caused the illness. 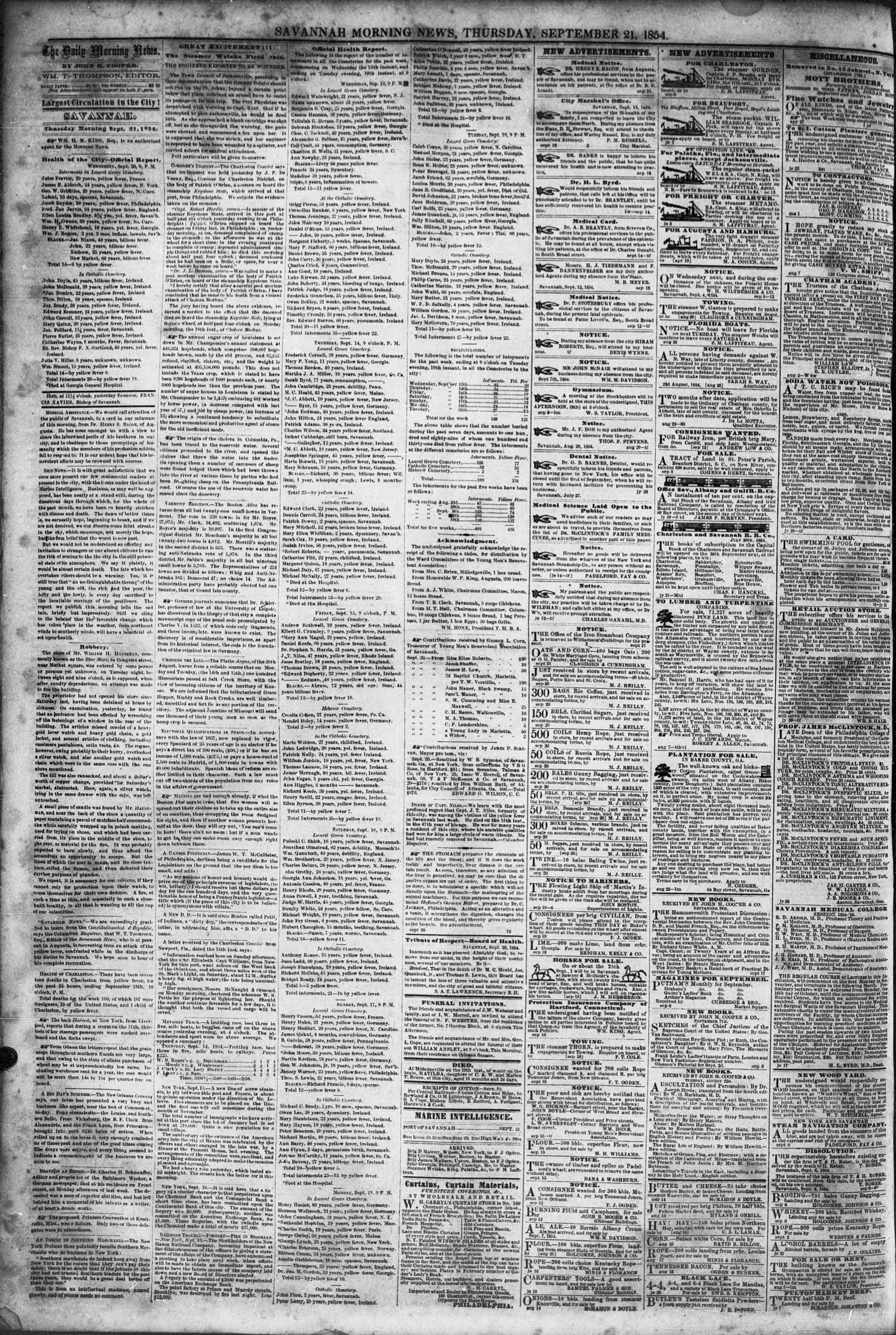 In 1918, the city contended with the same disease pummeling the rest of the world. The Spanish Influenza is one of the most devastating illnesses recorded in modern history. About 50 million people died around the world, 675,000 in the US alone. The city

Historical records indicate that aid for the city came from other cities, charitable organizations, businesses, and individuals during the outbreak of 1854. In times of strife and suffering, we fear the worst but people often give us their best. We come together, we reconnect, and we make things work. So spend these days loving your family and studying your history. I’ll see you when the museums reopen.