Telfair Museums is the oldest public art museum in the South. The legacy of one visionary Savannahian, it was founded in 1883 through the bequest of prominent local philanthropist Mary Telfair, who left her home and its furnishings to the Georgia Historical Society to be opened as a museum.

Today, Telfair Museums consists of three unique buildings: the Telfair Academy and the Owens-Thomas House & Slave Quarters, two National Historic Landmark sites built in the early 19th century, and the contemporary Jepson Center for the Arts. Each of the museum’s three buildings represents an innovative expression of its time and houses a collection corresponding to the era in which it was built. Together, these three unique buildings and three distinct collections bridge centuries of art and architecture, illustrating the continuum of art and history in Savannah. 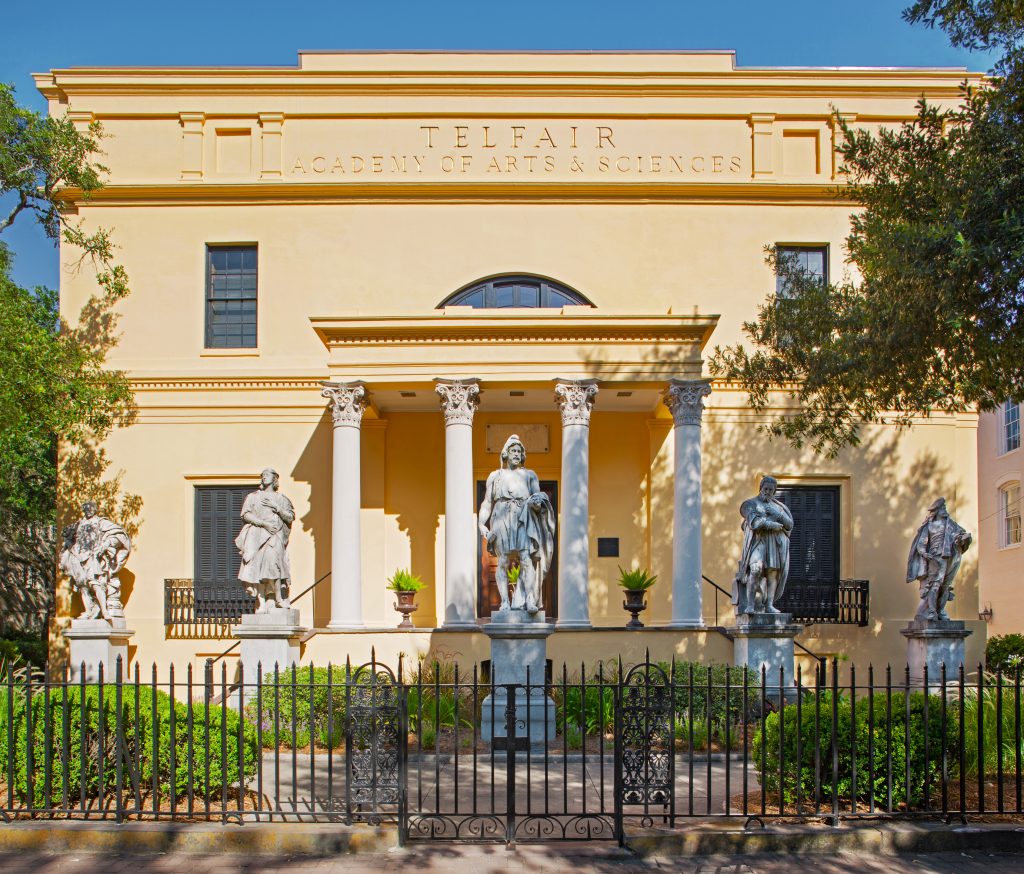 In 1875, Alexander’s sister Mary – heir to the family fortune and last to bear the Telfair name – bequeathed the house and its furnishings to the Georgia Historical Society to be opened as a museum. After significant renovation by German-born architect Detlef Lienau, whose adaptations included the addition of the Sculpture Gallery and the Rotunda, the building opened to the public in 1886 as the Telfair Academy of Arts and Sciences. 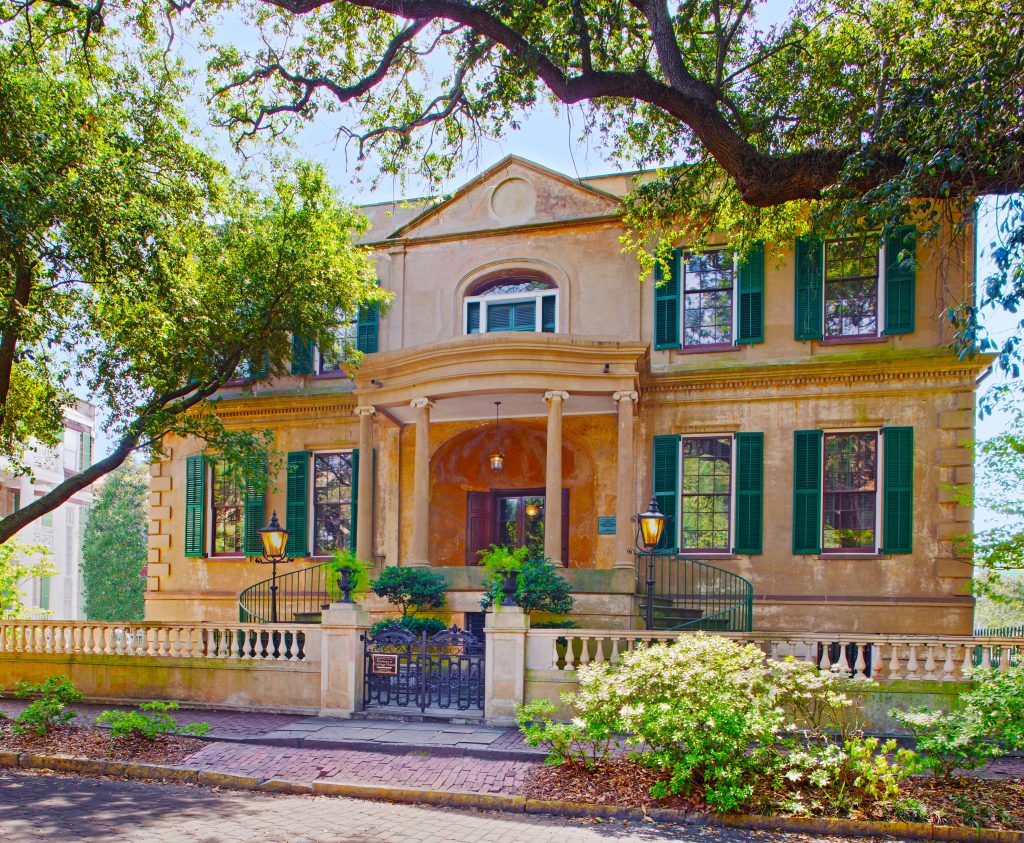 The Owens-Thomas House, also designed by William Jay, is considered one of the finest examples of English Regency architecture in the United States. In addition to the historic house museum and decorative art ranging from the late 18th to early 19th centuries, the site includes rare intact urban slave quarters and a lovely parterre garden.

The house, completed in 1819, was purchased in 1830 by George Welshman Owens, a wealthy planter, lawyer, and politician. Owens moved in with his wife, Sarah, six children, and nine slaves. By 1840, 14 enslaved people resided on the property—including Emma and Kate, the enslaved nurse maids tasked with raising the Owens’ children; Diane, the enslaved cook who worked to provide meals for everyone in the home; and Fanny, an enslaved child.

In 1951, George Owens’ granddaughter, Margaret Gray Thomas, donated the family home to Telfair Museums to become the first house museum in the city. Now a National Historic Landmark, the property boasts a carefully curated mansion with a formal parterre garden and an original carriage house that includes the only intact urban slave quarters open to the public in Savannah. 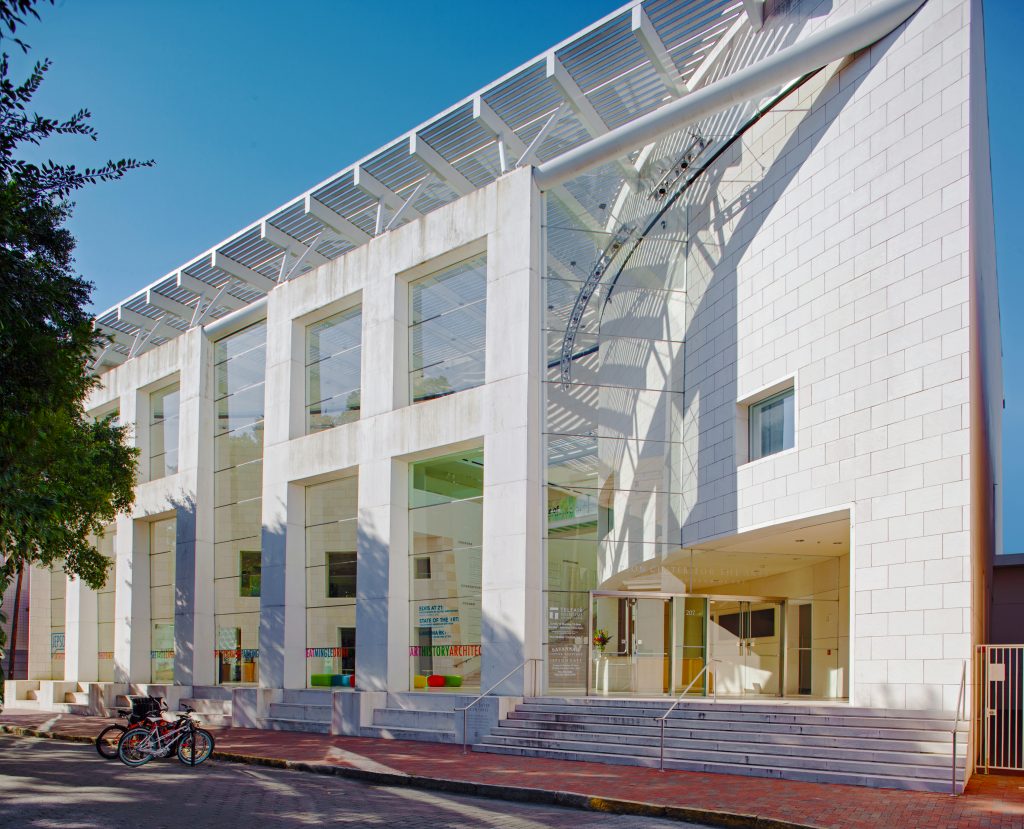 Rounding out Telfair’s trio of landmark buildings, the Jepson Center, designed by the internationally acclaimed architect Moshe Safdie, opened to the public in 2006. Following the site’s approval by the Board of Trustees in 1999, Safdie’s plans endured a two-year process of review and revision overseen by the Savannah Historic District Board of Review. The review board initially voiced concerns over three aspects of the design: the sheer glass facade facing Telfair Square, the lack of exterior windows at pedestrian level, and the bridging of York Lane on the third floor.

The museum’s trustees, director, and staff were committed to building a site that was as important for its time as the Telfair Academy and the Owens–Thomas House had been to for theirs. In July 2001, the review board approved a modified design, which segmented the facade by an architectural frame, and construction of the Jepson Center began.

Today, this unique space explores broad concepts about art through a focus on architecture and public art, which are crucial to the character of Savannah. Devoted to contemporary art and rotating exhibitions, the strikingly beautiful Jepson Center links Telfair’s future with its past, unifying the museum’s three distinct sites.