Telfair Museums’ collection was formally founded with the bequest of Mary Telfair in 1875. The scope of the Telfair’s collection today primarily encompasses American and European art from the 19th century to the present, in a broad range of media. There are currently over 7,000 works of art in the collection, divided roughly equally between fine and decorative arts. The museum’s three architecturally-significant buildings are also considered part of its permanent collection.

Renowned for his literary masterpiece The Prophet (1923), Lebanese-American artist and writer Kahlil Gibran (1883–1931) began experimenting with the visual arts at a young age. Telfair Museums boasts the largest public collection of visual art by Gibran in the United States, donated in 1950 by his lifelong supporter and mentor Mary Haskell Minis, a native Southerner. The collection consists of five oils and 92 works on paper rendered in the artist’s lyrical style, which reflects the influence of symbolism, Pre-Raphaelitism, and other stylistic trends prevalent around the turn of the 20th century.

Telfair’s collection of American Impressionism was established by Gari Melchers, who served as the museum’s fine arts advisor from 1906 through 1916 and continued advising the museum informally through the 1920s. An artist himself, Melchers was able to acquire works for Telfair directly from his friends and colleagues, including Childe Hassam, Frederick Carl Frieseke, Willard Metcalf, and William Merritt Chase.

The Kirk Varnedoe Collection celebrates the life and legacy of Kirk Varnedoe (American, 1946–2003) through the presentation of works on paper created by contemporary artists he championed. A native of Savannah, Varnedoe was a distinguished scholar and chief curator of painting and sculpture at the Museum of Modern Art in New York from 1988–2001. The 27 works in this collection were donated as permanent gifts to Telfair Museums by 22 artists (or their representatives) in Varnedoe’s memory.

The collection can be understood as an example of the wide-range of artistic production present in New York during Varnedoe’s tenure and includes works by some of the most pivotal artists of the past 50 years such as Jasper Johns, Roy Lichtenstein, Kiki Smith and many more. Varnedoe’s wide-ranging taste is reflected in the assembled pieces, largely produced within the past decade by artists diverse in age, background, and methodology. Most of the artists featured in the Varnedoe Collection are still living and continue to produce vital, compelling work.

The allure of Savannah has long been recognized by artists of all varieties. During the first half of the 20th century, the city fostered talented native artists and attracted others, drawn by its architecture, its natural environment, its culture, and its lifestyle. They painted subjects ranging from the industrial riverside to the downtown street corner, from the live oaks to the vast stretches of marsh that surround the city. 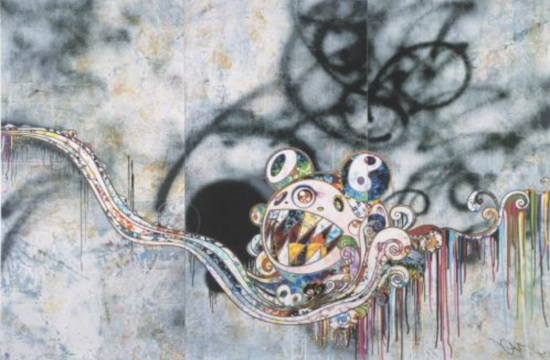 From the rise of America as a world superpower after WWII—and with it, a distinctly individual and identifiably “American” approach to artmaking—to the proliferation of technologies that homogenize American culture today, artists have always been at the forefront of social response. These works challenged artists to explore unknowns, construct narratives, and react to power.